We aim to establish Lebanon as a regional hub and exporter of innovation by working with academia, researchers, entrepreneurs, business leaders in Lebanon and globally, as well as the government. We work to leverage technology and innovation for rapid economic growth.

By being at the epicenter of dialogue between forward-looking private sector entities and branches of the national government, IDEAS works to drive forward the vision of Lebanon as a Nation of Innovation. At the forefront of its quest, IDEAS aims to grow Lebanon’s economy into an exporter of innovation.

Ghiath is an avid supporter of startup companies.

Omar is the founder of ArabNet the organization in leading events, insights, and innovation programs. 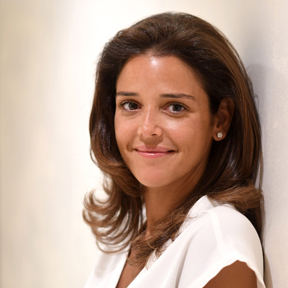 Nadine is a Surgeon, Lecturer, and Clinical Entrepreneur.

Yasmina is the Head of Business Environment and Innovation at the presidency of the Council of Ministers.

Tarek has a vast experience in entrepreneurship, corporate finance and direct investments. 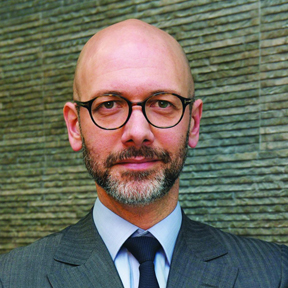 Khaled is an experienced investment advisor and in financial markets.

A. Ghiath Al Barazi started his career with the Saudi Trading Group as a project manager and afterwards joined ISCM, an IT company contracted by the Saudi Royal Air defense for automating air defense capabilities. Ghiath has also worked with leading companies such as TAG Consultancy and BVIG Investment.

Passionate about restoring Lebanon to its past glory, Ghiath, along with a crew of experts in the fields of finance, research, the public sector, fund management, health, entrepreneurship and technology established IDEAS in May of 2018, an independent NGO to help transform the business environment in Lebanon by positioning innovation as the main driver for economic growth. IDEAS works in support of the Office of the President of the Council of Ministers to sustain the long-term development of key transformative projects, building a better country for future generations.

Ghiath is an avid supporter of startup companies. He is computer savvy, an enthusiast of education for all, and an idea generator by nature. He holds a degree in Operations Research and Systems Analysis Engineering from George Washington University.

‌Before founding ArabNet, Omar worked in private wealth management at a family office in New York within a small team managing $1B in diverse assets. Prior to that, he was a consultant at Booz & Co. in the MENA and worked on varied projects across industries including energy, technology, media, and the public sector.
Omar was selected as a high-impactEndeavor Entrepreneur and was highlighted by Gulf News Magazine as one of its “30 under 30″ list in 2012. He holds a BA and an MBA from Yale University and is the Co-Founderof the Yale Arab Alumni Association.
He founded ArabNetin 2010 as a leading events, insights and innovation programs company focused on tech business and innovation in the MENA region.

‌The co-founderof Proximie, Nadine Hachach-Haramis a curious surgeon with a passion for technology and innovation and a desire to make a difference in the world. Dr. Nadine Hachach-Haram is the recipient of the British Empire Medal in the Queen’s Birthday Honors for 2018.

Dr. Nadine H Haram is a Surgeon, Lecturer, and Clinical Entrepreneur. She gained a BSc with distinction from University College London, receiving the Jack Drummond and Jackson Lewis prizes and subsequently enrolled in the accelerated graduate entry program at Bartsin London, where she graduated in 2009, with distinction and earned the Harvey MinasianPrize for academic excellence. Since then, she has been appointed as an NHS Clinical Entrepreneur Fellow, Council member of BAPRASInnovation UK, a UCL Honorary Clinical Lecturer, SAC Plastic Surgery Simulation task force, President of BFIRSTtrainee members, and council member of the Royal Society of Medicine, plastic surgery section.

‌Yasminais the Head of Business Environment and Innovation at the Presidency of the Council of Ministers. Since 2010, she has led several investment climate reform projects, including the drafting of new legislation crucial to improving the business environment in Lebanon, of which the latest e-transactionsand judicial mediation laws passed in 2018.

More recently, Yasminahas been leading an initiative on promoting startups and enabling Lebanon’s innovation ecosystem. Yasminais also project director for the Project Administration Office which provides support in the implementation of EU-fundedprograms. Prior to joining the Prime Minister’s office, Yasminawas an equity strategist at Deutsche Bank New York.

‌TarekSadi has 24 years of experience in entrepreneurship, corporate finance and direct investments primarily with early-stagecompanies in the Middle East, Europe, and Latin America.

‌Mr. Sadi served as the Managing Director of Endeavor Lebanon, an economic development non- profit organization focused on supporting and growing outperforming entrepreneurs. Prior to Endeavor, Tarekwas co-founderand Managing Partner at MEVP, a Beirut-basedventure capital fund, which invests in early stage opportunities in the Middle East. Before MEVP, at the Private Equity fund of Dubai International Capital (DIC), he invested in growth companies in the Middle East and Asia. In tandem, he served on the investment committee of DIC`sABAN.

‌Previously, he was a founding partner of Access Advisory, a London-basedventure partner firm, geared at principal investors, and before that was part of Merrill Lynch’s Mergers and Acquisitions team in London. He also co-founded, built then divested two ventures in mobile content and automotive services in Mexico.

‌Tarekhas a BS in Political Science and Economics from Georgetown University (USA), and an MBA from London Business School (England). .

‌With more than 20 years of experience in investment advisory and financial markets, Khaled founded and was Board Director of MedSecuritiesInvestment, Impact Fund, Azure Fund, Building Blocks Fund, B & Y Ventures and Med All Cap Fund. Over the past 12 years, he led MedSecuritiesInvestment as the Executive General Manager following through with strategic decisions and managing all aspects of the business.

Khaled has been nominated as the President of the Association of Stock Exchange Brokers in Lebanon. Previously, he was Managing Synergy Capital Advisors from 2004 till 2006. From 2000-2004, Mr. Zeidanwas a Deputy Manager of Business Development at GroupeSociétéGeneraleLebanon. He served as Vice President of Capital Markets at Arab Finance Corporation between 1999 and 2000, and Associate in capital markets at Lebanon Invest between 1996 till 1999.